Taiko No Tatsujin: Nintendo Switch Version Gets A Release Date in Japan and HORI Controller! 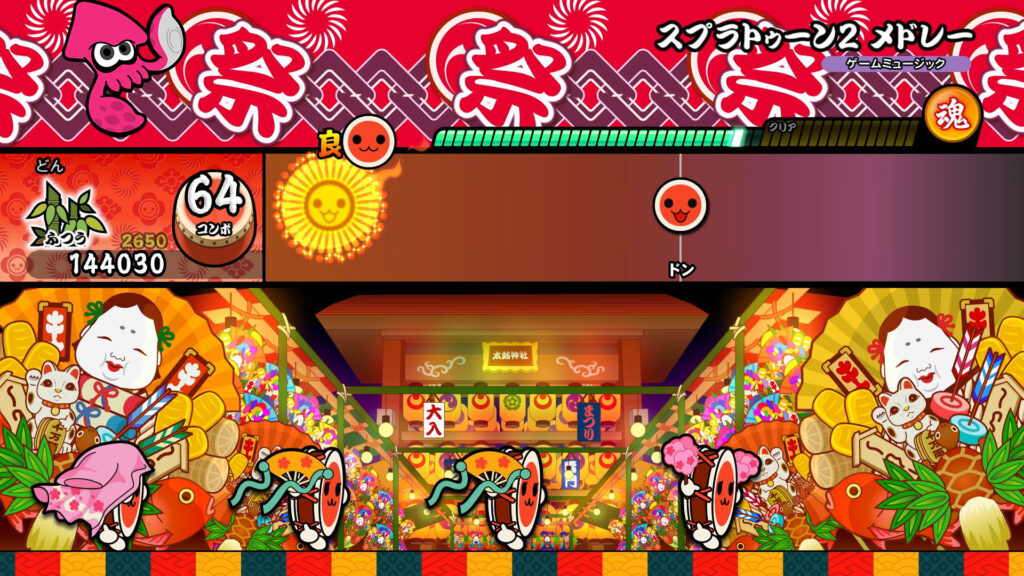 Earlier this evening, Bandai Namco announced that the release date of Taiko No Tatsujin: Nintendo Switch Version! will release in Japan on July 19th with the price tag of ¥6,100 yen + tax in Japan and for overseas, the game is now available to pre-order via Play-Asia.com for $57.99.

As an early purchase award, you can get a download code for the character “Gold Dent”. The use of this character is to make songs easier by not allowing your gauge to deplete. 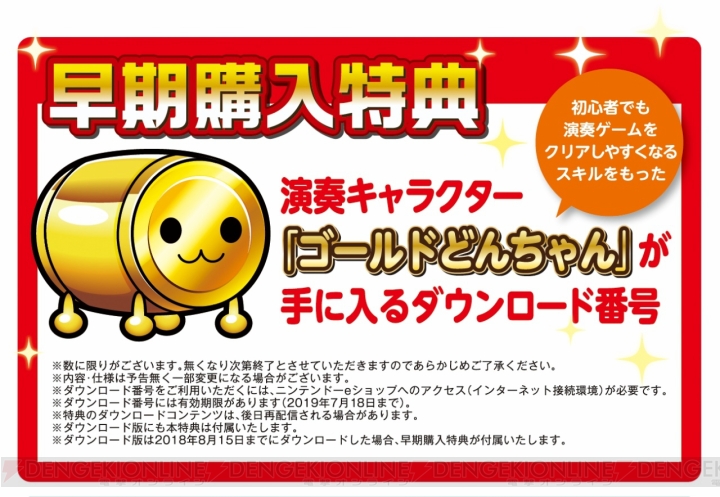 Two characters from other Nintendo IP’s have been announced that will grant you some extra skills to your game.

The Squid from Splatoon will make it so you are able to try out harder charts and not fear of failing so easily.

Kirby is all for players wanting to be more timing focused and only allowing for perfect note hits. 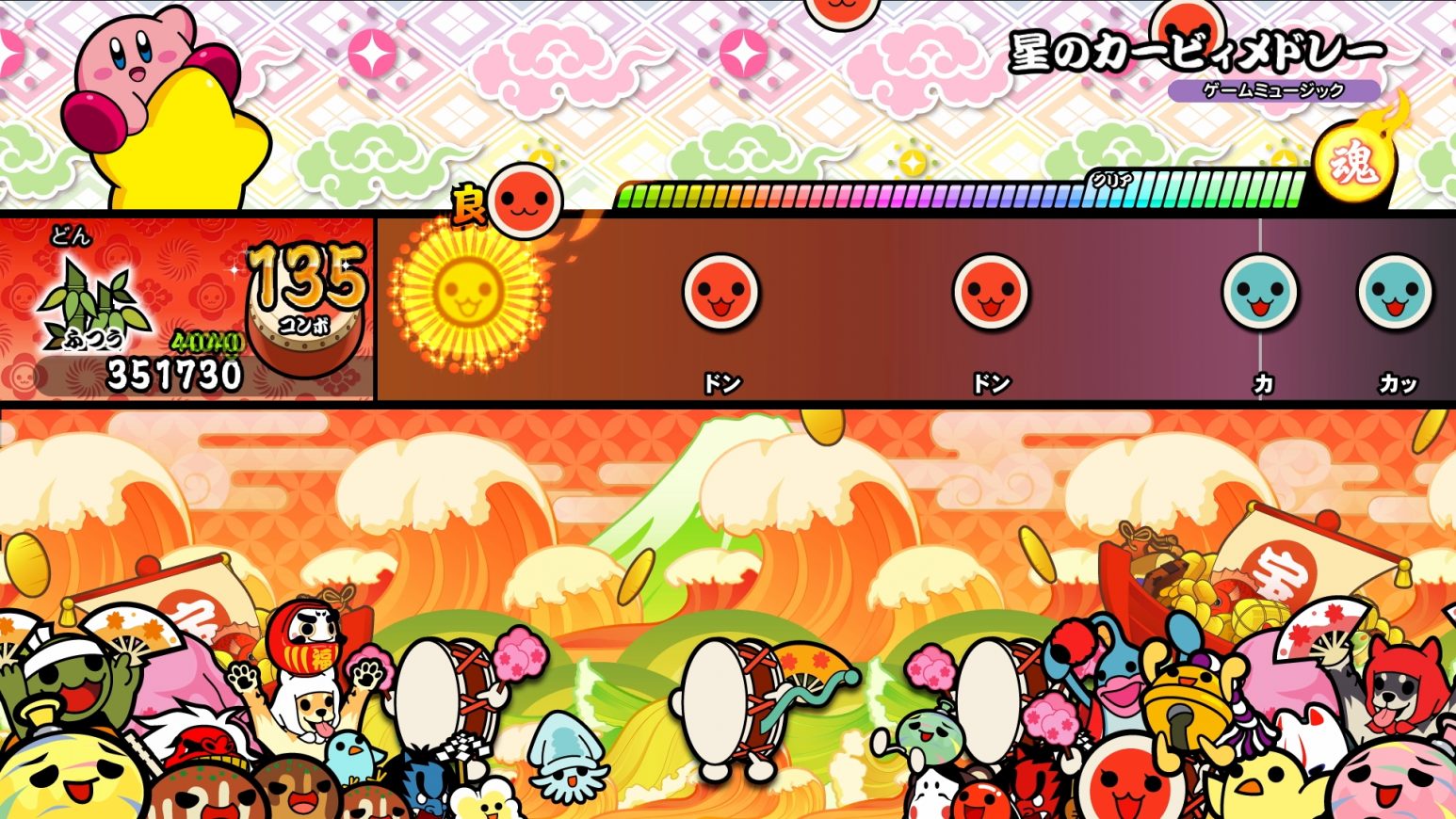 HORI has also announced a drum controller for the game, similar, but insanely improved in sensitivity according to user feedback from the PS4 version. Two slots have also been added to let you slide two 500ml bottles full of water into the base perfectly in order to weigh the controller down and improve stability.

The controller will cost ¥6,980 yen plus taxes, and it’ll release in Japan the same day as the game. 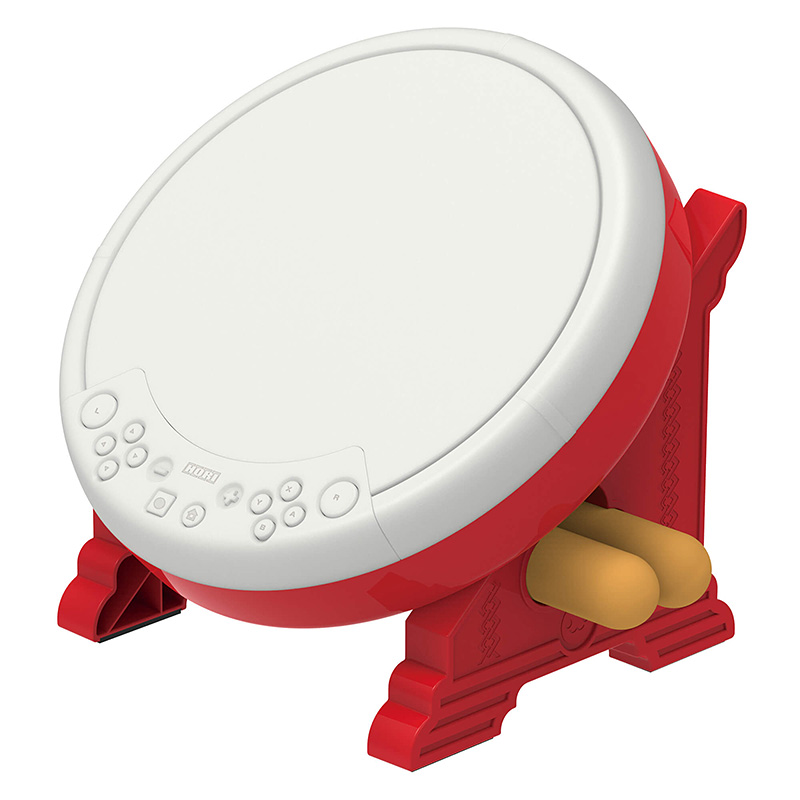 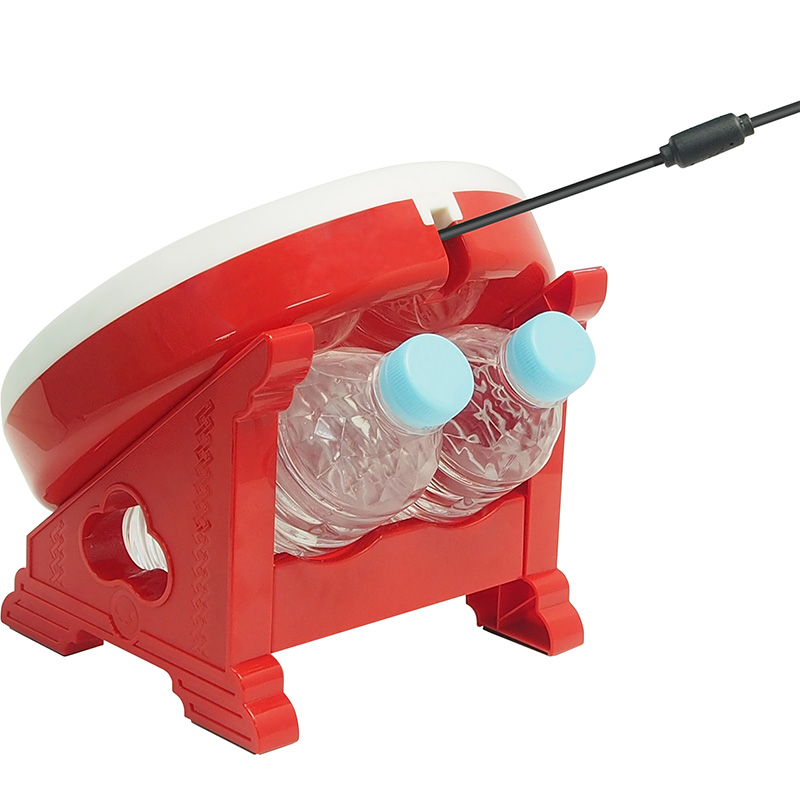