DANCERUSH STARDOM Now Showing Up at Round1 North American Locations 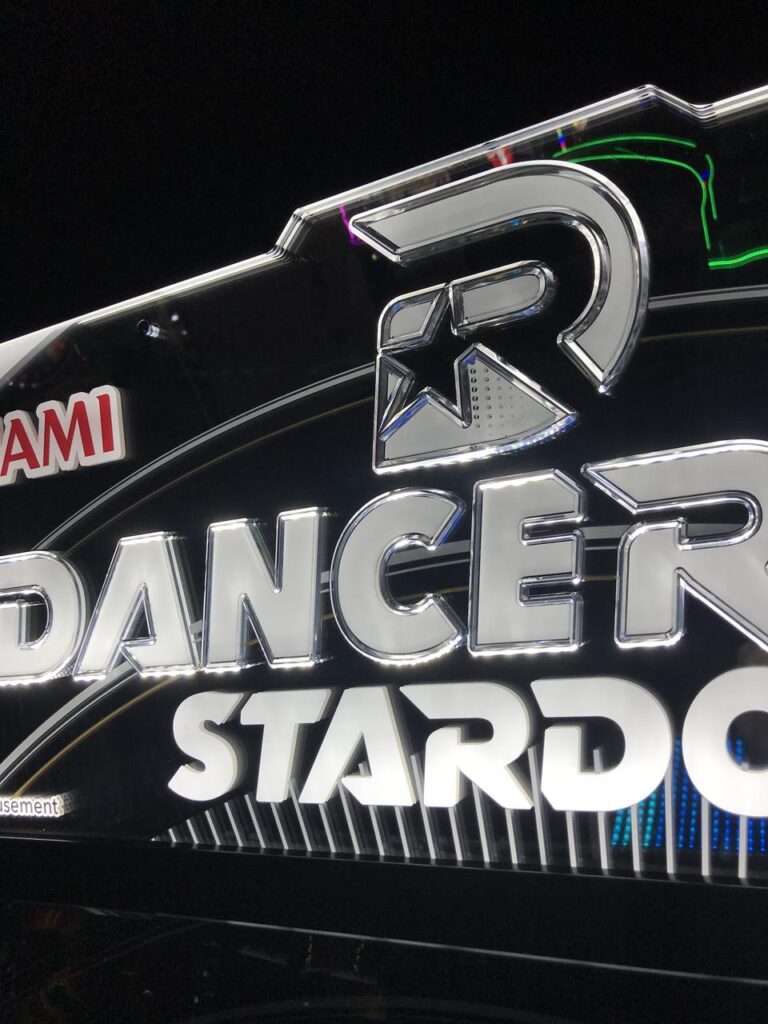 If your feet normally shuffle along in the grocery aisle or the DMV, then Konami’s DANCERUSH STARDOM has a new, bass-booming floor for you to up your shuffling game.

Players stand on a colorful, LED-lit stage, which tracks the players steps using an IR overlay. Once the player picks a song (on a difficulty scale ranging from [Easy/Normal] 1-10), the round begins. Players hit markers that approach the bottom of the screen corresponding to the left or right foot. Trace long notes with the left or right foot; these markers can be completely vertical — keeping the foot static — or incorporate horizontal sliding movements or zig-zags, requiring shuffling movements to successfully trace. In addition, markers for quick ducking and jumping movements occasionally fill the borders of the note highway. 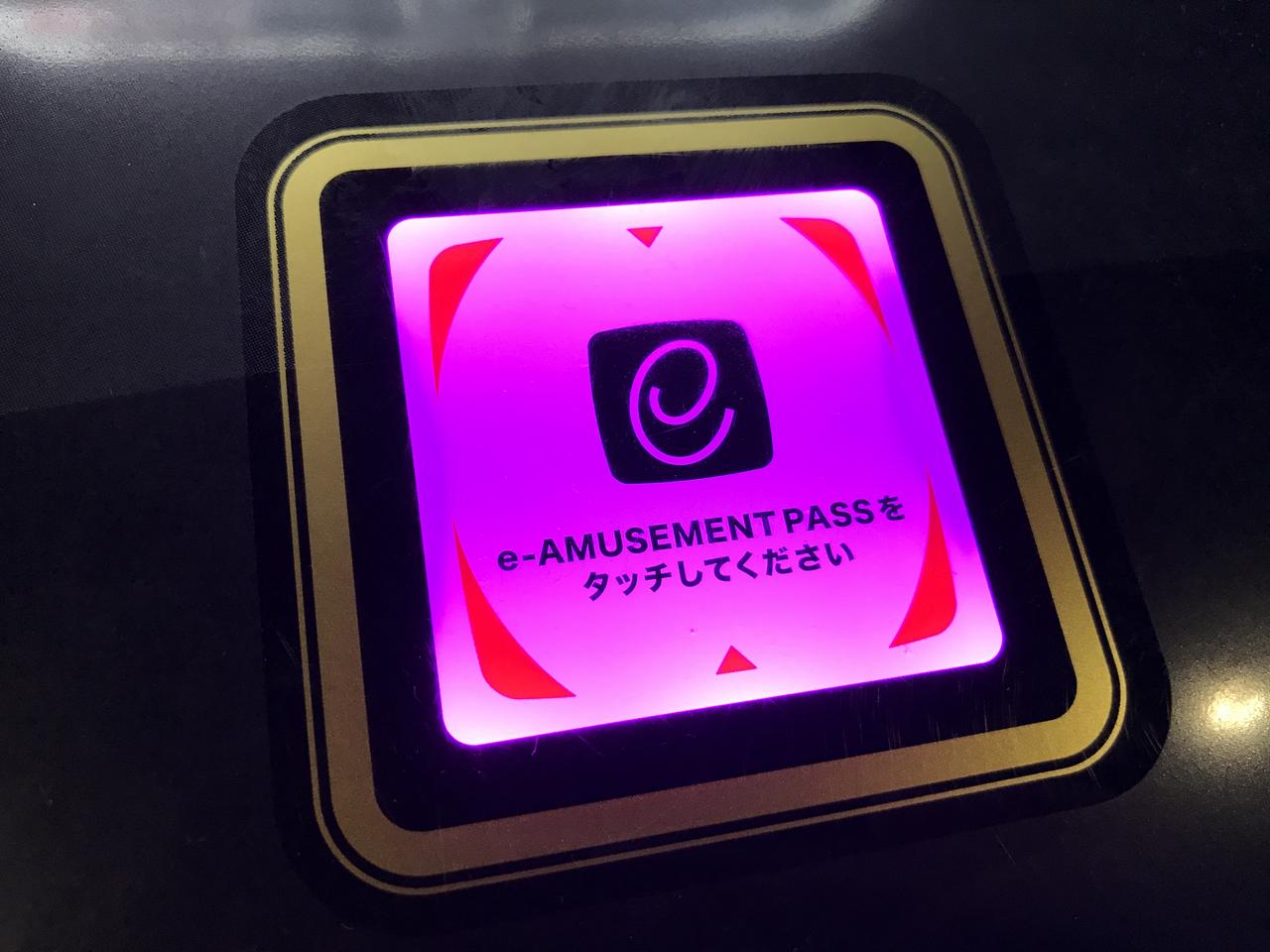 Once a song is over, the player earns one to five stars based on their performance. These stars form the foundation of the unlock system. Stars are currency for new songs, which range in price anywhere from 10-60 stars. Complete missions to earn discounts on songs.

There are single-play and group play options available. Group play splits the note highway into two sections, each with their own set of notes. Player number one must stand in front of player number two, reading the top half of the screen, and the opposite applies for player number two. The charts can vary from their single-player versions, and the mode also allows both players to earn stars simultaneously. This mode can be confusing if the players aren’t sure where to stand, though a pop-up before a group play song begins briefly displays where each player should be standing. Group play is the most appealing mode by far to the game’s primary audience of casual players.

DANCERUSH STARDOM is a very friendly game to new and casual players railroading them into the how-to-play mode and the easy difficulty for songs by default. At the end of the first couple of rounds, the game encourages players to take part in tutorials for real-life shuffle dancing moves such as the Running Man. Dedicated players will notice that even on the normal difficulty, the default songs tend to float around the 5-8 range. Unlocks provide more difficult songs in the 9 to 10 range, though it’s inevitable that dedicated players will have to repeatedly play songs to collect higher numbers of stars.

DANCERUSH STARDOM is a colorful, vibrant game with international appeal. The game’s menus are quick to load and easy to navigate. The English localization is fluent and coherent. Though, it’s important to note that most of the English available applies to the introductory screens, the primary in-game menus, and the outro screens. The missions, loading screen tips, and other pop-ups remain in Japanese.

The game’s visual flair is one of its biggest strengths. During gameplay, a song’s video (if available) plays on screens in the background near the note highway, and ducks and jumps set off explosions of fire that also light up the LED stage. By default, in select licensed songs, dancing silhouettes appear to help the player learn shuffle dancing moves appropriate for the steps shown. Visual quality of life features, such as the duck-speed guide in the upper left, exist to help players adjust to the game mechanics. 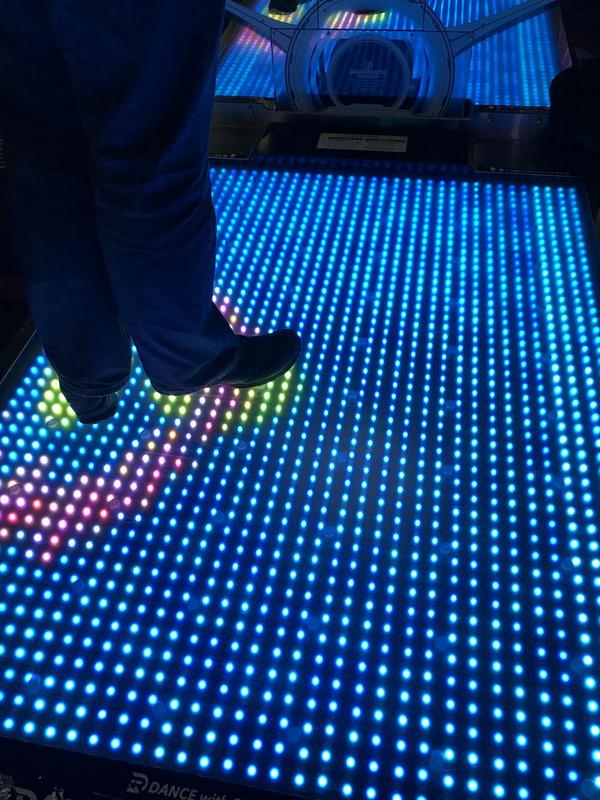 Musically, the game is a booming, shaking good time. The song list consists of big-room house tracks from such labels as the Netherlands’ own Spinnin’ Records, as well as licenses from big-name artists like Justin Bieber and Ariana Grande. Japanese pop licenses such as “Perfect Human” and Japanese-language versions of popular K-pop songs such as “Boombayah” provide more star power. There is a good mix of house and pop-rock songs among the licenses. Konami original songs are unlockables, with the exception of the Camellia song “Small Steps”. Earning stars is difficult due to the restrictions in place for American players.

Multiple features are unavailable to American DANCERUSH STARDOM players; American players only have access to Light mode, which lets the player pick two songs and earn up to five stars per song. The two missing modes are Standard and Premium mode. 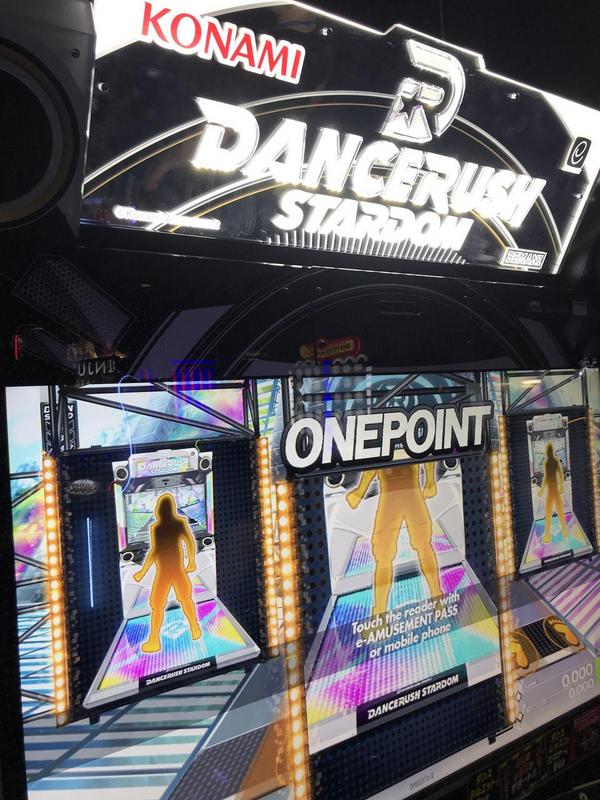 Premium mode is just one song long, but the cabinet’s built-in camera records the performance, which then goes to YouTube. The player also earns double the number of stars for their performance. Not all songs are eligible for Premium mode play due to licensing restrictions.

[Premium mode will eventually be available in the United States following Konami’s compliance with COPPA, an American law protecting the privacy of children accessing online services. In short, Konami cannot capture video of a minor without asking for consent of their parent or guardian, a feature which the game currently lacks.]

DANCERUSH STARDOM is a boisterous, proud game, with a flashy cabinet that invites passersby to come and join the party. The modern visual and audio presentation and the fresh, varied song list are a delight, though the low difficulty ceiling and repetitive unlock system could be a turnoff for experienced music game players. The game may stand in the shadow of its older, more famous relative, but it has the chance to prove itself and start its own dance revolution.

DANCERUSH STARDOM is currently available at all the United States at Round1 amusement centers..unless it’s not up and operational for reasons determined by each store.