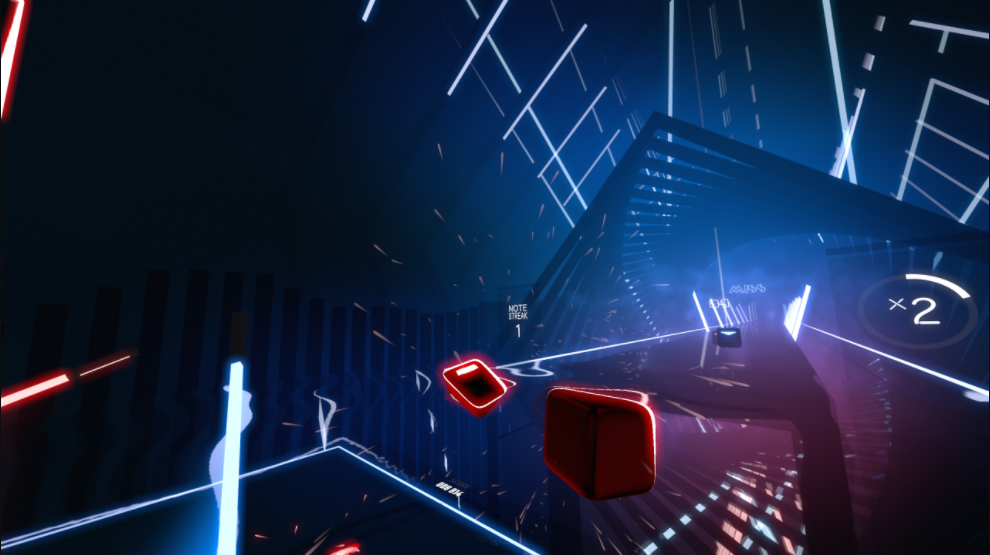 Every time I write an article on a new IPs launching this year, it warms my heart. Hyperbolic Games new title Beat Saber is releasing in 2018 and it will certainly wow you in the new Sci-fi gameplay teaser. The game is psychedelic techno-based rhythm game that mashes up virtual reality and drumming in an oh-so-satisfying way.

For those who haven’t heard of Beat Saber, the game entered into development sometime in 2016 and is planning a release in Q1 2018 on PC (HTC Vive/Oculus) and PS4 (PlayStation VR). The game was clearly inspired by both Fruit Ninja and rhythm gaming — a crossover that should seem evident based on the gameplay footage. Beat Saber will boast both an original soundtrack, quick play, and a full-blown career mode.

Beat Saber is set to release before April 2018 for both PC and PS4.

Wandersong is Headed to Xbox One on 12/6!

Double Kick Heroes Will Launch on Nintendo Switch This Summer